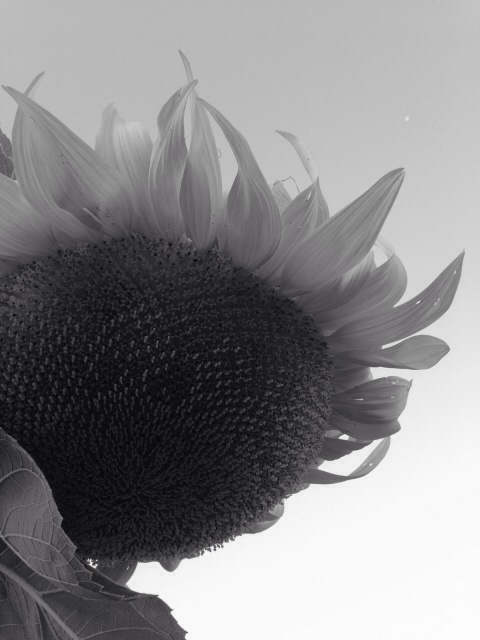 They stand next to one another, tucked in a narrow channel, in the opposite field. They are tall and strapping, and she doesn’t remember them ever looking so well-cultivated.

They talk to one another. Ask questions like, “Which way’s the wind blowing?” Even though it’s evident, by the way in which their heads bow, and the angle at which the grass streaks across the pasture, that the wind rushes westward, waves goodbye, teases their earthbound bodies. But perhaps they are confused, because many of them no longer look directly at the rising sun. It is late summer, and the time has passed.

The manner in which they all gesture under the sun, their bodies arching to the left, to the right, make them look as if they are the parenthetical acknowledging themselves. The youngest—a statuesque fellow—is in a quiet moment of contemplation, We’re here for the duration, he thinks. It is not a terrible thing to know one’s destiny. The youngest one has never pedaled a bike or steered a tractor or, even, been to school (though he’s been schooled in nature and his nature has been schooled) but he is blessed with the color of summer. And he is as wise as the old one hunching over at the end.

Clouds shaped like sharks swim across the sky, pressing a shade over the field, and cooling the evening air, causing the young one to shiver. He shakes the dried pollen from his locks. “Well look up at that, Pops,” he says to the old one. “Just a second ago that sun was as yellow as an egg yolk, but now it looks like we’re in for a soaker.”

The young one chuckles; his youthful countenance betrays what he knows: the golden rays that frame their faces will soon start to fade and crimp, and the rains and wind will scatter the seeds of their soul. When this happens they will kiss the soil in praise. Another season’s work done—not merely incidental. Now, they have set down tracks, and the others, the ones who follow, will inherit the land. Only, he doesn’t think of this in that exact order or with those words. It is just a sense, a sense of knowing and accepting.

A breeze runs through the channel and their heads mop lightly against each other as they nod in agreement.

She turns to her car as the sky darkens, and tucks the camera in her black bag. Every time she stops by she hears their voices, silent as they are, there in the tall grasses of the field, blowing, blowing in the wind.